A few days ago, Donna Murray Rowlett sent us this photo of her father-in-law taken in Northern France in 1944. His is Captain Jack G. Rowlett and he recently celebrated his 93rd birthday on June 6, 2014. 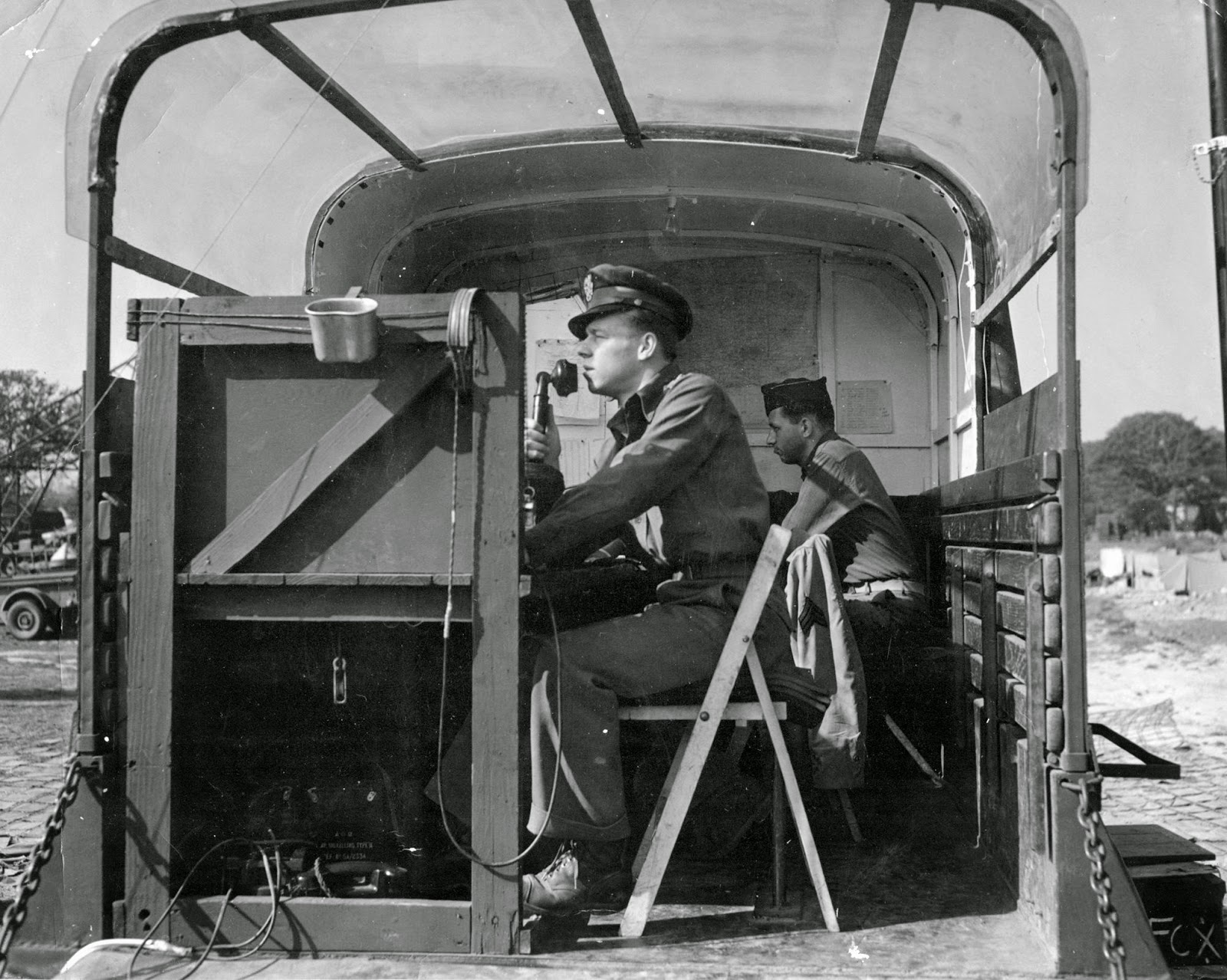 This is what Donna wrote about his service:

"He was honorably discharged as Captain in the 9th Air Force in 1/46. He trained on many planes including: A-20,24,31 - B-25,34 - DB-7 and continued flying until his early 70's. From what I can tell, from his military records, he was in the 310th and 406th bomb squadrons and was transferred to the 354th during the Normandy invasion and was a flight control officer. We asked him on his birthday, June 6, where he was on D-day 70 years ago. He said, "We were on the coast in Britain freezing our butts off and Eisenhower wouldn't let us light a fire because the German's would see us and kill us! "


She also sent us this neat photo of his uniform coats and and army issued flight jacket. 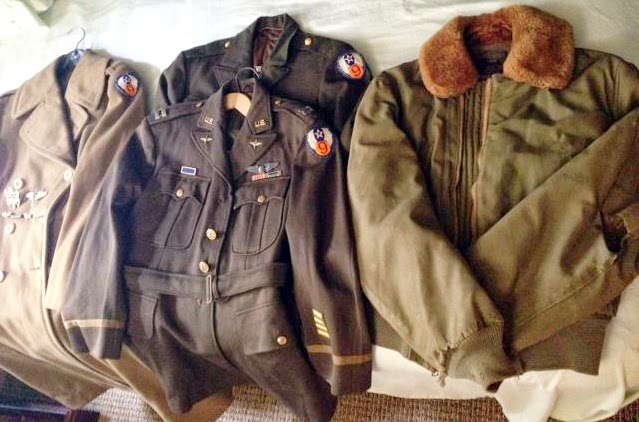 Jack became a doctor after the war. He along with the other doctor in his practice  delivered close to 4000 babies during their careers!

Happy Birthday, Jack! And thanks for your service!


Here is a newspaper clipping: 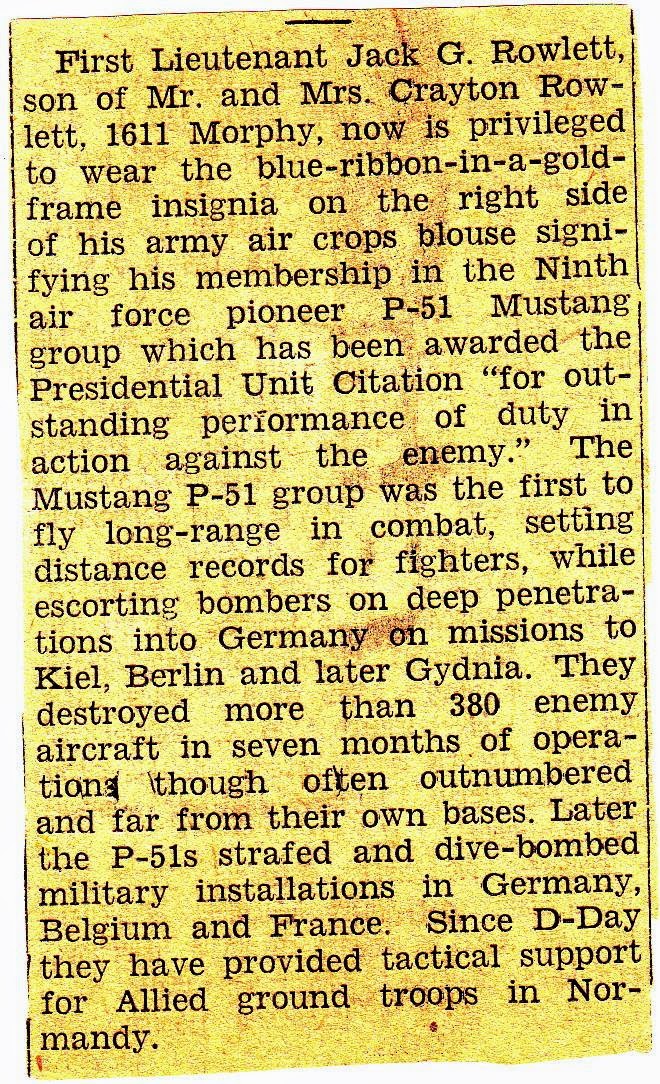 (thanks to Donna Murray Rowlett for letting us post these photographs)