We had the pleasure of meeting Joseph A. Kronek and his daughter at the 2007 Reunion. He was a crew chief in the 354th Fighter Group. 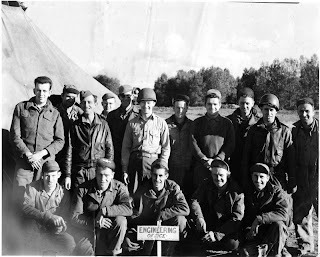 (Joseph is in the middle just above the sign.)


All of the pilots we interviewed made a point of telling us how important the ground crews were for them. The pilots' lives depended on the expertise of the flight crews and especially the crew chiefs. 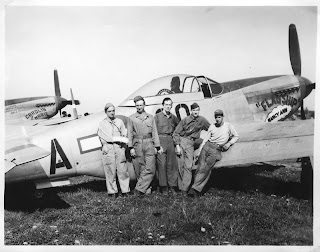 Joseph gave us a great interview and he let us use scans of his incredible World War II Service Record Scrapbook for our documentary. His daughter Linda sent me a cd with over 100 images from the war! All of them are great! Many feature Joseph with his crew, working on planes, traveling on a ship, standing next the train that will start their return trip to the states and many other images.

Of all the photos, this one is my favorite. He is on the left and is sharing a drink with a friend, relaxing and taking "time off from the war" (if that was possible). 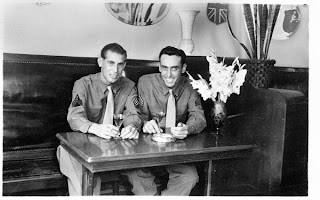