I just received about twenty photos from Norm Davis and his wife Miriam. They are great and will help illustrate his portion of the film. I met Norm, his wife and family at the 2007 Reunion in Columbus.

Here are two of my favorites: 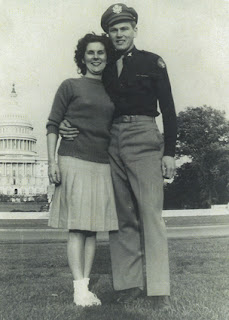 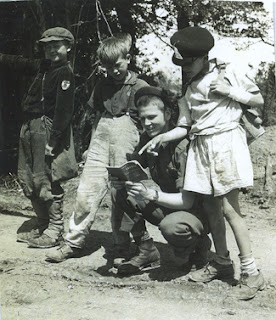 Norm "gets directions from some local French boys" in this staged photo shot for a magazine.
Posted by Jon Teboe at 10:19 AM