We met and interviewed Ted Skowronek in Arizona last weekend. He is a very fun and adventurous man. A few weeks ago, his friend Paul Cornell had contacted me through the angelfromhellthemovie website and told me about Ted. We made plans for our team to meet Ted and Paul.
Ted told us of his time in the 354th. One of his adventures was how he evaded the Germans when he crashed-landed. It was a truly amazing story.
Paul did a lot of legwork for this shoot. He had arranged with Rich Cutshall, the owner of the Anzio Landing Restaurant (located in Mesa, at the Northeast corner of Falcon Field Airport), to let us shoot inside the restaurant. The restaurant is decorated with a lot of WW2 memorabilia. It was a great place to interview Ted. 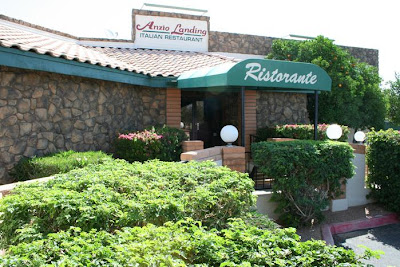 Rich Cutshall is involved with the Explorer Scouts. The young men (aged 13 and up) meet and learn how to maintain and fly airplanes.
Ted spoke to the Scouts. It is very interesting to realize that some of the Scouts were only a few years younger than Ted was when he was in the War. Rich treated us to an incredible lunch.
We met at 7 AM because Ted was planning on taking a ride on a WWII era B-25 bomber on Saturday at 9 AM. For more information about arranging a flight to ride in this B-25 , check out www.b25barbieiii.com.
Rich Cutshall had arranged with the man who runs “The B-25 Flight Experience” for one of our team to videotape Ted’s trip on the airplane. Our cameraman went up and shot some very exciting footage of Ted and the views from the B-25.

It was a great day for our documentary team. We are very grateful to everyone who made this weekend so amazing.
Although it was a fantastic weekend, it was challenging to get through it. We drove from Los Angeles to Scottsdale at 8 PM Friday night after work. We had to drive straight through because we had to meet Ted and Paul at 7 AM. We did not get to the hotel until 3 AM, so we only had a few hours sleep. Thanks to Ted, Paul, Rich, the Scouts and everyone for their help making this such a memorable trip and for putting up with our lack of sleep.
The trip was worth it!
Posted by Jon Teboe at 7:11 PM No comments: