I took a break from editing my WWII documentaries today and went target shooting with a friend. It's been quite a few years since I went to the range.

Watching the men of the 354th's interviews(when they talked about their gun training) inspired me to go again.

(The gun flashes have not been enhanced.) 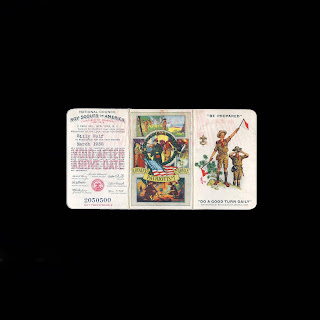 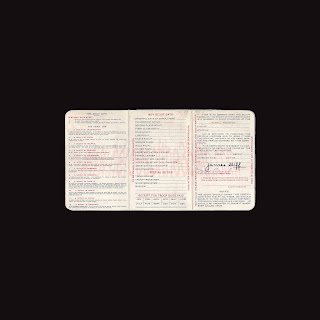 William R. Perkins (formerly known as William Wolf) was in the 356th Fighter Squadron. He was also a member of the Boy Scouts of America in the 1930s. I wonder how many other members of the 354th Fighter Group were in the Boy Scouts? I would bet over 50% of them were in the BSA!
Posted by Jon Teboe at 6:51 PM No comments:

Editing Continues on "ANGEL FROM HELL - THE BILL PERKINS STORY"

Editing of the two hour documentary called "Angel from Hell - The Bill Perkins Story" has begun in full force to meet our June 2014 deadline.


William R. Perkins was a US fighter pilot in World War II. He named his plane "Angel from Hell" in May 1944. In a little over a month he would be reported as MIA (Missing in Action). 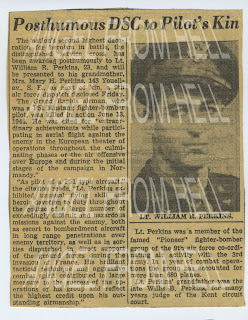 Through out his life, Bill kept many diaries. Through his writings (and people who knew him) we will tell the life story of William R. Perkins.


Bill and his older brother Ed spent summers with their family in Portage Point, Michigan.

Both Bill and his brother Ed joined the US Armed Forces and fought in Europe during World War II. Only Ed would make it back home to their family after the war.


I was able to have this fascinating newscast from 1996 translated into English. Charles Simonson of the 356th Fighter Squadron of the 354th Fighter Group was interviewed when he went back to the village where he was kept safe by the townspeople when he was shot down in August of 1944.

Here is the English Translation:

Last but not least, the story of an American pilot. After the 6th June the liberation advanced in the heartland of France - with a lot of drama, joy and extraordinary stories, and on 7th August 1944, the American pilot Charles Howard Simonson landed in emergency on Crulay near Aigles. Thanks to the inhabitants of the village he managed to survive. When the pilot returned to Crulai 53 years afterwards, it was no surprise to see him very moved during his visit of the place of his exploits.

Of course, 53 years after his crash the corn is growing again on this field. But the vegetation still doesn’t cover up everything. You just have to look out for traces on the ground, and suddenly the past is back. Pieces of plexiglass, parts of the cockpit of an American fighter bomber: The Mustang that was piloted by Lieutenant Charles Howard Simonson and that was brought down on 7th August 1944.

Charles Simonson's Mustang was shot by the air raid defenses on a raid over Chartres and was losing cooling liquid. There was only one solution: an emergency landing in this exact spot in the field.

Simonson: When I touched the trees my head was bending forward. I was still flying at maybe 50 or 100 feet. So I moved my seat (?) forward, but then I became unconscious. And then my left wing touched a tree somewhere over there. The plane pivoted and I was ejected.

That fact that he survived is partly due to luck, but mostly due to the braveness of the people of the village. They hid him in a barn, treated him and fed him for nine days. And even after more than half a century, he still remembers the names of those who helped him so bravely and selflessly: the families Cohut (?), Hérault (?), Pourrier (?) and the Dr. Marie.

Simonson: They did all this for a perfect stranger. I was just somebody who had fallen down from the sky, somebody they didn’t know. I am still baffled today because they took this risk. But they did.

On Monday, Charles Simonson will take the plane to go home to his big house in the Catskill Mountains north of the State of New York. But the man who fell from the sky is also at home here in Crulai, where everybody kindly calls him Charley.

Well, I am starting to get a little old. I have trouble walking, I have arthritis, so I decided to come back here this year. I can’t promise, but I would like to come back again. May be even many times. 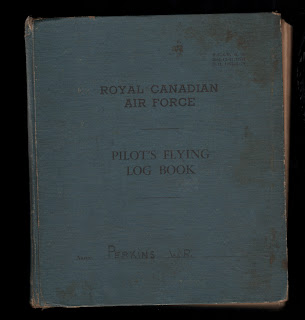 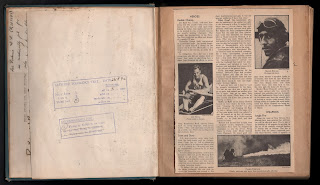 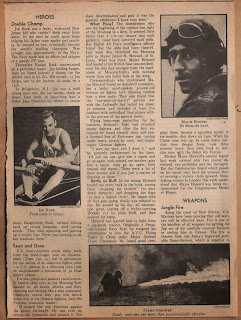 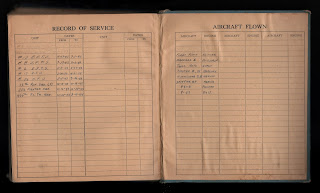 Inside the log book reveals the units that 1st Lt. William R. Perkins were assigned to. He did not write in the last unit he was in - he returned to the 356th Fighter Squadron and served with it until his death. Perkins was proud of James Howard. Inside the book, he kept an article about one of Howard's missions!
Posted by Jon Teboe at 8:42 PM No comments: