I have been editing a section of the film involved two of "The Heroes of the 354th" and their destruction of two enemy jets.

We had the pleasure of interviewing Bruno Peters and Ralph Delgado about a mission on March 2, 1945. Peters was leading the flight and both Peters and Delgado shot down an ME 262 German Jet near Kassel.

Take a look at the official document about the event.
Posted by Jon Teboe at 4:41 PM No comments: 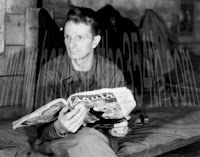 
Using a computer program from Apple called MOTION, I will be adding some 3-D movement to the original 2-D photographs that the men and the families of the 354th have let us use for the documentary.

Thanks to everyone who has been kind enough to let us use their personal photos for our important documentary!!!

Especially to Daniel Carrizales and William W. Louie who were the first to loan us photos and get the ball rolling on this documentary project!

This photo from Will is of a man named Jack Wimer. Will has also let us use hundreds of scans from his collection of Jack's personal documents from the war. Among these documents are scans of the original typed historical record of the 356th Fighter Squad and Jack's typed note cards that documented important events from the 354th Fighter Group. Some of these scans will be used to accent dates in our film. You can see an example of these in the "Hitler's Secret Weapon" clip I added to this blog a few days ago.
Posted by Jon Teboe at 7:23 AM No comments:

Another Clip from the Documentary - "MY ENGLISH BRIDE"

I have posted a new 2 minute clip I recently finished on youtube.

Stills from NEWLY DISCOVERED MOVIES of the 354th Fighter Group 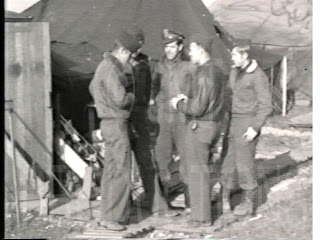 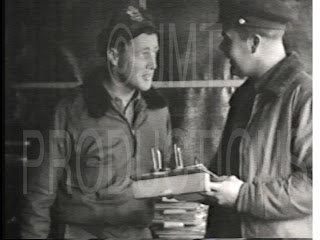 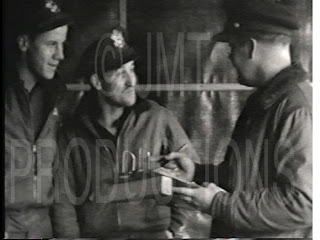 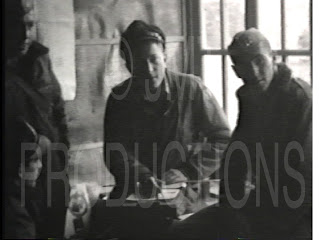 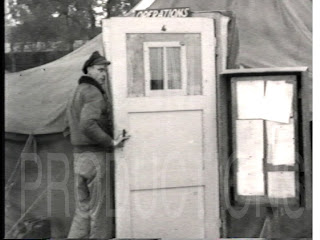 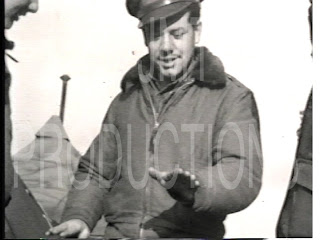 These are some stills from a never seen short home movie shot by Ralph Van Cleave (of the 355th Fighter Squad).

In a future post I will explain how I came across this fantastic piece of history!

These photos are also posted on the following facebook link.

I received an email from Filip Vojtasek of Prague, Czech Republic.

Filip is looking for information about former Lt. O'Connell of the 353rd Squadron. He says O'Connell was shot down in a dogfight over Czechoslovakia on April 20, 1945.

Does anyone know if Lt. O'Connell is still around? He would really like to find out! Did he ever attend any of the 354th reunions?

Please email him at  filip.vojtasek@aip.cz
Thanks.
Posted by Jon Teboe at 7:43 AM 2 comments: